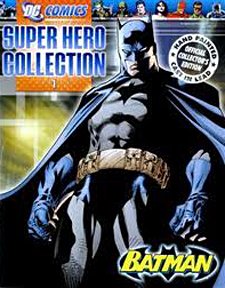 A companion title to The Classic Marvel Figurine Collection, I teamed up with designer Gary Gilbert again to launch this collection.

The series proved to be just as successful as its predecessor and has won two Diamond Gem Awards for best magazine. Both series have given rise to a vibrant on-line community of fans and created several arguments in the office as we try to decide which characters will be featured next!