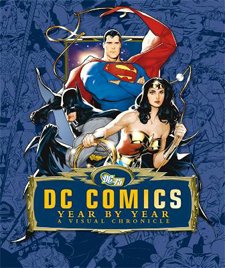 One of the best projects I’ve had the pleasure of working on. Published in 2010 by Dorling Kindersley, I was part of the in-house creation team for the early stages of the book’s development before writing the introduction and the 2000s section.

I had a great time finding cool images and learning odd bits of trivia (not to mention developing a strange fondness for obscure 1950s romance comics). I also got to meet the book’s other authors: Alex Irvine, Matthew K Manning, Michael McAvennie and Daniel Wallace at the amazing New York Comic Con later that year.